About the studio Creativity

An interview by FONK Magazine with Taco Schmidt and Ype Jorna, on the development of our studio during the last year, the people at Qindle and the plans ahead. This article was first published in Fonk Magazine #324 in English and in Dutch.

FONK has been following Amsterdam-based design agency Qindle since its inception in 2017. Our last interview was a zoom conversation during the pandemic in the spring of 2020. Most of the ‘Qindles’ were working at home at that time. Now, over a year later, the workfloor is slowly filling up again. Reason enough for founders Taco Schmidt and Ype Jorna to rent extra floor space. Because with the pandemic fresh in our minds, back to office works best when you don’t have to be on top of each other’s back. This marks also our conversation; as our conversations in the past three years have mainly been about work, this time it’s about the people.

Taco Schmidt: ‘We were in Silicon Valley in February 2020 and then came back to the Netherlands, at the drop of a hat. We were able to work together in the office for another three weeks or so.’ October 2021 the obligation to work from home is gone, but according to Ype Jorna and Taco Schmidt it will not go back to how it was. ‘In fact, we are now renting space again against the current, even though people continue to work from home 50/50. We want to be able to brainstorm together and we need more space for new forms of cooperation. And we’ve just given the start shot for working from the studio again.’ The two Qindle founders are visibly enjoying the moment, they are happy with the live contact on the workfloor, knowing that this enhances creativity.

‘In the meantime, despite the lock down, we have also hired five people to cope with the work. So, in a way, it is very strange to see people for the first time who have been working for us for a while. There are now 20 of us and we have vacancies all the time, also because we are becoming more critical about who we work with. It must click on all levels, and we have learned that if creativity and innovation are your core business, there is little point in making hasty choices. So, we prefer to wait until we have found someone who is spot on for us, instead of discovering a few months later that ‘this isn’t it’ because of a hasty decision.’

Ype Jorna adds: ‘It’s about understanding each other really well in terms of content. If there’s no match in that respect, working together becomes pointless. Work that matters for people who care: that’s what we’re aiming for.’

The latter does not only apply to the people on the workfloor, but also to the companies with which Qindle cooperates worldwide; 95 percent of the clients are international, with a strong emphasis on the US, the Middle East, Germany and Scandinavia.

Ype: ‘We never really get a briefing in the traditional sense of the word. We want a starting point, but that’s often it. When we come in, the customer often doesn’t know much more than that. Our work has shifted even more towards consultancy in the past year, with a focus on innovation strategy. In fact, that is the entry point for every new client that comes in. We are currently working with the global innovation team for Cloetta. We are trying to come up with new propositions for more than 60 Cloetta brands. That also means new products, literally.’

Taco: ‘And we are creating a new global design strategy for a large technical company. It took us seven months to come up with a design system that everyone is very happy with. We will be busy for another year and a half rolling it out, and we really function as part of the team.’

Ype: ‘It’s great fun to work like this and when you work together on a basis of trust. The difference is in the togetherness.’

In our work, we are not looking for perfection, but for something that works in the market.

To be able to ‘deliver’ it is important that the Qindle-team does not only consist of designers, but also of creative thinkers and ‘inventors’; people who are capable of literally thinking up new products and new propositions. It is exactly this, which places Qindle away from the traditional design world, which in many ways is more focused on production (design) and less on strategy.

Ype: ‘In our work, we are not looking for perfection, but for something that works in the market. Our starting point is quality throughout the chain. What we often notice when we start working somewhere is that change is difficult for many people. But if, like us, you want to change a culture, you mustn’t spend too much time on that fear. For a change in culture processes, you need HR people. We understand that people get stuck in their own ideas, and we know what to do in such a situation, but always with a focus on results. We provide a starting point and don’t start discussing what the starting point should be again.’

‘We make a ‘concept car’, so to speak, and present it, pulling teams out of their own vicious circle at a moment they don’t expect it,’ Taco adds.

Qindle has made great strides in the agency’s proposition in recent years. In 2022, the agency will be celebrating its 5th anniversary. What’s in the pipeline for that year?

Taco: ‘As I mentioned before, we now have a team of twenty people. There will probably be a few more people soon, but in this construction, we will have reached our limit. If we were to increase the size of the agency after that, the formula would not work anymore, and we would have to start working with more layers of management. We are not going for that. That is why we have shifted our growth ambition to building a second team. We are now wondering where that team should be located. It could be in The Netherlands, but it could just as well be an independently operating hub abroad. Technology, fastmovers and health will remain our focus in 2022. With a view to operating from multiple teams, we might also develop in the direction of Qindle Tech, Qindle Health and Qindle Fastmovers. But whatever it will be, with 5 years in sight, we feel a lot less start-up than during our previous conversations with FONK’, Taco concludes with a laugh.

Taco and Ype complement each other during the conversation as two guys who have discussed the future of their agency many times. Has the cooperation with each other become what they had in mind?

‘It has become more natural. We are sometimes surprised that the agency now really looks like what we had in mind four years ago. The adventures have also turned out to be much bigger than we could have imagined beforehand. The path along which we are developing is still an amazing adventure and it is great that we are still able to attract very special people. International people with clear ambitions and interests. We have a fantastic team that we enjoy spending a lot of time with. We want to help our people progress because that’s good for everyone. We talk a lot about their personal growth path. Somewhere there is always a crossroads where you find each other. Now, the youngest member of our team is 26 and the oldest is in his early 60s. The largest group is between 26 and 36. It’s this mix that gives us our ambition and the steps we can take every time. We can’t do it without people.’

Ype: ‘I’m not really into that, I’m a surfer and I just take the wave.’

Taco: ‘We want to make big brands more relevant to the world and to people. Where possible, we try to bring forward a more sustainable character. We can now turn a wheel with which we can have real meaning. That feels great.’

This is what Qindle stands for:

Creativity and innovation are today’s key business drivers. Successful innovation finds the sweet spot between brand, design, and technology. But real opportunities start with people and are only created by real change. 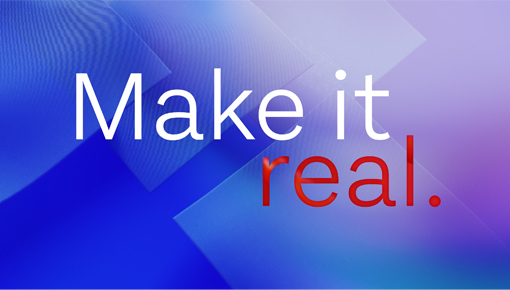 Inside Qindle with David Franklin 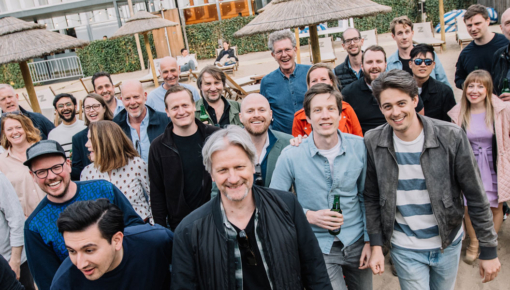