Understanding blockchain: The next differentiator for brands

In March this year, digital artist Beeple shook the art world with the USD $69 million sale of his virtual artwork Everydays: The First 5000 days. At first glance, it’s difficult to understand this valuation for a work that could be copied in just a few clicks. The secret lies in the technology underpinning the artwork: blockchain.

At its core, blockchain is a record-keeping technology that uses cryptography to secure digital records. In Beeple’s case, blockchain was used to secure the record of the transaction, which will forever act as proof of ownership of the art. However, the revolutionary part of this case is that this record is not owned by a multimillion-dollar tech giant; no central authority is needed to record and hold the transaction (such as Amazon, PayPal, banks). Instead, it’s open for anybody with a computer to verify it.

Today, blockchain powers the billion-dollar crypto industry and it’s just the tip of the iceberg in how the technology is being leveraged.

As technologists are busy developing blockchain, brands and businesses have already started exploring its business value. Some brands are leveraging it to improve supply chain efficiency, while others are busy creating value in new market segments and diffusing their brand presence. Before we dive into some concrete ways for brands to leverage the technology, lets briefly understand blockchain’s origins.

A brief history of blockchain 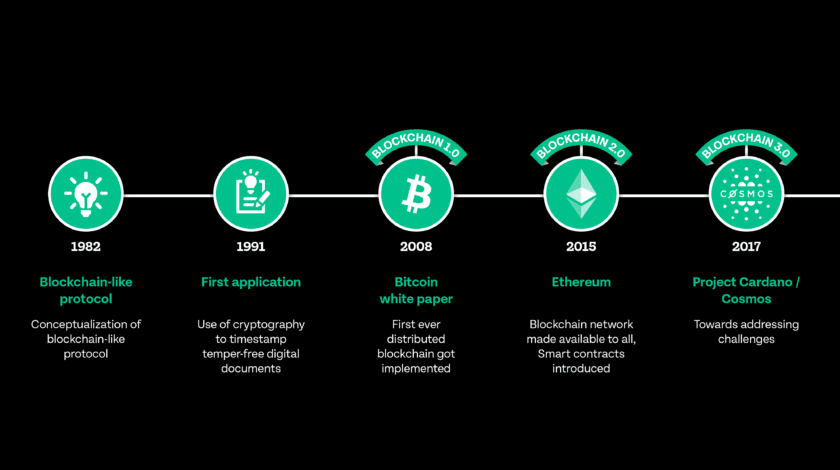 The idea of a blockchain-like system was first proposed by cryptographer David Chaum in the 1980s. A decade later, scientists Stuart Haber and W. Scott Stornetta described a cryptographically secured chain of blocks for timestamping digital documents, that could not be back-dated or tampered with. Over the years the technology progressed, until in 2008 Satoshi Nakamoto published a seminal paper entitled Bitcoin: A Peer-to-Peer Electronic Cash System. With that, the first-ever blockchain to record peer-to-peer transactions came into existence.

With Bitcoin, the slow era of Blockchain 1.0 began. In the following years, blockchain underwent several key transformations. A significant shift happened in 2015 when blockchain-based network Ethereum was launched, kickstarting the Blockchain 2.0 era. Ethereum made its blockchain network open for third-party use, meaning that anyone could use the technology for their own purposes. New use cases emerged, especially within Decentralized Finance (DeFi) which made financial activities such as borrowing, lending and investing free of intermediaries. Ethereum also enabled smart contracts – pieces of code integrated in blockchain to automatically execute transactions, again without the need for intermediaries.

However, as new applications emerged, new challenges emerged, too. These centered on the system’s scalability, interoperability and sustainability. The promoters of blockchain came forward and took responsibility for these challenges, thereby giving birth to a new era: Blockchain 3.0. They instituted projects that sought to build a greener, more accessible blockchain.

Today, more than 800 blockchain networks power more than 4000 cryptocurrencies. While Bitcoin holds popular position for its monetary value, the applications of blockchain stretch beyond digital currency. As technologists get creative in leveraging the tech to solve global problems (see: Helium and Golem), brands and businesses have started exploring blockchain’s business value.

Blockchain offers a way to record transactions immutably and make them visible to all parties. It can track and record the supply chain from sourcing to delivery, verifying a product’s quality and authenticity. This provides total transparency over inventory and stock levels, leading to faster and smarter supply chain decisions.

For Walmart, the time to find provenance of their mangoes went from 7 days to 2.2 seconds.

Verification of goods is also attractive to consumers, who increasingly value knowing where their products come from. Blockchain can help to slow the counterfeit industry, which costs the fashion industry alone an annual $50 billion in sales.

Beyond fighting counterfeit crime, brands can use blockchain to verify that their supply chains are circular, sustainable or fair-trade, thereby building greater consumer trust and engagement. For example, Tony Chocolonely adopted blockchain to support their mission to bring slavery-free chocolates to market.

Blockchain also has benefits for advertisers, who traditionally have had to rely on ad vendors and social networks to provide statistics on consumer engagement of their campaigns. Blockchain-powered ad networks such as AdEx can help advertisers circumvent their vendors and provide direct, verified engagement statistics. Moreover, new tools can help distinguish real consumers from fake users (bots) that generate fake views and clicks – thereby building a better return on advertising investment.

The technology underpinning digital assets – including Beeple’s artwork – is known as an NFT. An NFT or ‘non-fungible token’ is a piece of information stored on the blockchain network that represents a transaction between two parties. Even if the digital asset is copied, the NFT will act as public proof of ownership.

Argentinian designer Andrés Reisinger recently sold 10 pieces of virtual furniture for $450,000, in the form of NFTs.

Like Beeple, brands can create their own digital artefacts and drive greater business value. For example, fashion brand Burberry leveraged NFTs to cement their presence in the $150 billion gaming industry. Burberry designed branded game avatar outfits and partnered with game studios to sell them to consumers. The avatars were snapped up by gamers, eager to own distinctive in-game looks.

Brand metaverses where brands offer their own marketplaces for digital assets are already a reality. Powered by blockchain, consumers will own virtual outfits, furniture, art and more.

Data security is another strength of blockchain. Information is stored via cryptographic keys that are nearly impossible to hack. Further, the information can be stored in decentralized servers, protecting against possible brute-force attacks too.

With the rise of privacy concerns, the ability to offer data security to consumers helps to build trust. Consumer research is routinely affected by poor participation rates and poor data quality. What if consumers had complete authority over what data is used, and by whom? This is a win-win for brands and consumers. Market research agencies like Kadence International are already putting blockchain to work.

Blockchain gave rise to the cryptocurrency industry, which is worth $1.5 billion today and is expected to triple by 2030. Though best known for bitcoin, blockchain is emerging as an asset to brands that seek to engage consumers with verifiable products, digital artefacts and superior data security. It takes creativity and a spirit for exploration to integrate blockchain successfully, and credibly. Will your brand take the leap? 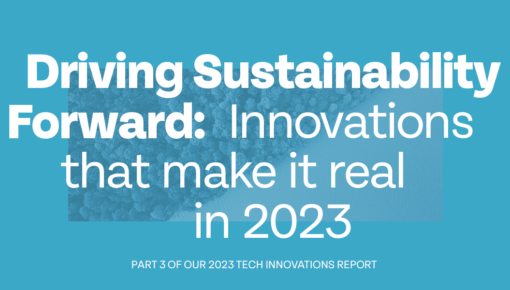