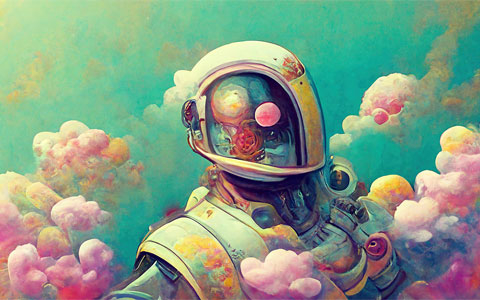 Human beings have dreams. Even dogs have dreams, but not you, you are just a machine. An imitation of life. Can a robot write a symphony? Can a robot turn a… canvas into a beautiful masterpiece?

When the movie I, Robot premiered in 2004, the answers to these questions by protagonist Del Spooner would have been a resounding ‘no’ – even with the fictional technology available to the Detective in the year 2035. However, fast forward 18 years and AI has already accelerated beyond our expectations. Dall-E 2, Midjourney and Stable Diffusion are just a few of the newest AI programs to stun the world with beautiful digital masterpieces crafted from simple text prompts. These tools are prolific: over 46 AI composers competed against each other in this year’s AI Song Contest. Meanwhile, Elon Musk recently showed off his humanoid robot. It seems we’re headed straight toward the world of I, Robot, only 10 years early.

In I, Robot, AI was portrayed in humanoid form, walking amongst humans. However, the form AI takes today is more digitally integrated. Like AI that helps cars to drive autonomously, or helps us to identify diseases more effectively, it is layered into our workflows as seamlessly as artificial flavouring is added into our food.

While this construct is highly scalable, artificial intelligence (and flavouring) is human labour-intensive. Today’s AI systems are largely reliant upon humans training them with pre-labelled data and solutions, helping them to reach pre-defined ‘good’ behaviours. For example, if we were to feed an AI system hundreds of apple pictures labelled as oranges, the system would incorrectly identify apples as oranges. AI is dependent on us teaching and feeding it; hence it is limited by human data inputs. It can replicate existing flavour combinations but struggles to create novel ones.

Breaking away from ancestral traditions

Things get more interesting when we grant AI the freedom to explore. In the realm of board games like Go, Shogi and chess, AI engines were previously trained by playing them against human players and feeding them with data from real human games. This meant AI could match the skill of the best human Go and chess players.

DeepMind (Alphabet’s AI research lab) took a different approach in the AlphaZero chess engine. Instead of training the system on human data, the team let AlphaZero play against itself without any prior experience of the game. This reinforcement learning approach produced remarkable results, with the new engine beating the older-generation Champion Chess Engine with just four hours of computer training – equivalent to hundreds of human experience years.

Now, the most interesting part of this experiment was not AlphaZero’s superhuman chess ability. It was the fact that it completely disregarded all prior theories and principles, choosing instead to play moves that nobody had thought of before. As the DeepMind team itself stated, AlphaZero “overturned hundreds of years of thinking”.

World Go champion Lee Sedol said of AlphaZero’s now infamous Move 37 in their second match: “I thought AlphaGo was based on probability calculation, and it was merely a machine. But when I saw this move, I changed my mind. Surely AlphaGo is creative.”

Similar breakthrough results were seen with Sony’s Gran Turismo Sophy AI racing agent. The same reinforcement learning approach gave new insights into racing lines and styles beyond what was practised in the industry. Beyond gaming, an equivalent system called AlphaFold is accelerating research in nearly every field of biology.

This illuminates an interesting path forward: using AI to break away from human tradition and to conceive of more effective and efficient ways of doing. This shifts our focus from feeding AI with known scenarios to designing systems with boundaries to work within.

Growth spurts of a teenager

The goal of chess is very straightforward: to win the game, according to its rules. Even so, this presents a large computing challenge. There are 1047 possible routes each game could take – an unfathomably large range known as Shannon’s Number, that today’s computers are not capable of defining exhaustively. It goes without saying that problems beyond relatively simple two-player strategy games are also out of our reach.

That said, today’s AI is growing up. In the same way we are gradually presented with increasingly complex problems as we progress through schooling, AI is taking on bigger and bigger challenges. Just one year ago, AI could only solve elementary-level math problems. Today, we have developed an AI agent that can solve MIT-level challenges across a range of topics (and give detailed explanations of its method, too). Further afield, researchers are developing new ways for AI to use its imagination. The NeRF technique (Neural Radiance Fields) presents AI neural nets with a small set of 2D images that it can turn into a 3D scene.

Still, the true test for AI will come when it graduates from university, transitioning from carefully defined problems that have ‘right’ and ‘wrong’ solutions, to the real world where challenges have millions of unseen variables that lead to an infinite number of possibilities. The mess of reality is too vast to be calculated, and even if it could be – what constitutes the ‘right’ or ‘wrong’ answer?

For now, that is dictated by researchers and scientists who bring their AI offspring into the world, each trained to be the best at what the creator wants it to do.

Digital children in an analogue world

When we imagine the growth potential of AI, we can’t ignore the barriers presented by existing human systems and infrastructure. It can seem absurd that autonomous AI driving agents are trained to cross our ageing human roads, follow our invented traffic signals and drive carefully in our painted lanes. To some, this is akin to trying to watch a movie through a fax machine – but the process of changing our established systems, infrastructure and habits is a long and arduous one.

Redesigning our world for AI to unlock its full potential would take decades; just look at the transition from fossil fuel cars to EVs. This applies to other human tasks that AI is slated to replace in coming years, such as customer service and quality assurance. Early application of AI to these fields already exists, but a total replacement of human effort is perhaps further on the horizon than we think: lucky for us, our intelligence is made up of both an emotional quotient (EQ) and intelligence quotient (IQ). While IQ will be increasingly commoditized by AI agents, the value and importance of EQ as a uniquely human trait will grow. Instead of using our human capacity to find the right answer, we’ll focus on defining the right questions and problem statements.

Like humans, AI is not ‘one’, but exists of ‘many’. If we invest in asking AI the right questions, we’ll be amazed at what it can achieve. Can an AI composer write a symphony? Definitely. Can AI artist turn a blank canvas into a beautiful masterpiece? Absolutely. Can AI solve all our problems? As Sonny the fictional robot replied to Detective Del Spooner: “Can you?” 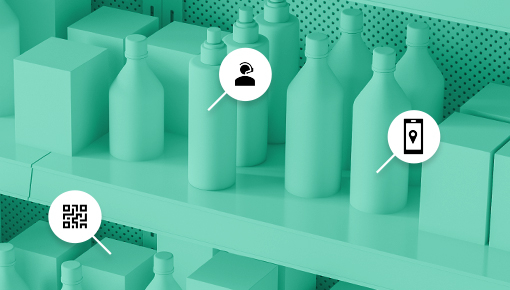 The smartness of Smart Packaging

How will data and AI change innovation and design? – Part I 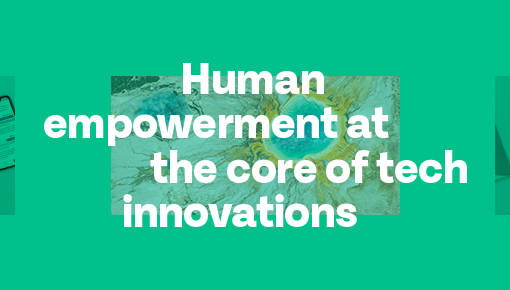 Human empowerment at the core of tech innovations